Calle is nine years old. He is diagnosed with the neuropsychiatric diagnosis Attention Deficit Hyperactivity Disorder (ADHD) with autistic traits (American Psychiatric Association, 2013) and meets, according to the investigating physician and psychologist, the criteria for Fetal Alcohol Syndrome (FAS) (SBU: 258/2016). Calle has been placed in foster care since both his parents are heavily drug addicted. Calle has several cognitive difficulties and is aggressive towards peers as well as adults and the environment. He has difficulties with peer relations since he primarily makes contact through      inappropriate wording, pushes and punches rather than socially accepted forms of contact. Between outbreaks, Calle is very remorseful. Personally, he experiences that things ‘just happen’ and that it ‘turns black in his head’. Calle is lacking tools to control his own reactions and impulses, and this makes him very sad. Calle’s aggressive behaviour has resulted in peers being afraid of and avoiding him. The teacher’s attempts to talk to Calle have not helped. Conversations have taken place with the support of the app ‘ritprata’ (draw and talk) where problematic situations are drawn during the conversation. The effort has increased Calle’s theoretical understanding of how he is supposed to contact peers properly. However, he lacks the tools to be able to put this understanding into practice.

The purpose of the study is to contribute knowledge through artifacts in terms of social stories, informing how communication support can develop the student’s ability to make positive contacts with peers.

Based on a socio-cultural framework (Vygotsky, 1978), learning occurs in a cultural and social context. This means that it is not possible to ignore the context in the analysis of learning. Central to the theory is communication and the context in which the communication arises     . The context is therefore in constant change while created and changed based on people’s communication and actions. Central concepts in sociocultural theory are artifacts, mediation and the zone of proximal development. According to Vygotsky (1978), artifacts are another word for the tools that humans use to think and communicate. Artifacts can be both material and intellectual, and the main artifact in the theory is language. Mediation can be understood as the interaction between people and the artifacts that the individual uses to understand and act. According to Vygotsky (1978), the proximal zone of development is the level just above the student’s ability to cope with a task on one’s own and can therefore be defined as the level at which the student can learn if support is received.

According to Merriam (1988), a qualitatively focused case study constitutes ‘an intensive, holistic description and analysis of a single phenomenon or unit’ (p. 34), which is in line with Rumrill, Cook and Wiley (2011) who believe that ‘Case studies are in-depth explorations of a single subject or setting, a particular event or circumstance… ‘(p. 158). Case studies are preferred when the researcher intends to systematically investigate a specific phenomenon in order to reach an in-depth understanding (Bell, 2006; Cousin, 2009; Denscombe, 2018). One strength of the method is that the researcher can observe naturally occurring effects in real contexts (Cohen, Manion & Morrison, 2011; Denscombe, 2018; Rumrill et al., 2011). Case studies focus on relationships and social processes (Denscombe, 2018). Disadvantages discussed regarding case studies include the lack of representativeness of the results as well as the impossibility of generalizations (Denscombe, 2018). Characteristic of case studies is that they are particularistic, heuristic and descriptive, which makes them suitable for studying practical problems in everyday life (Merriam, 1988). Being particularistic means that it focuses and describes in detail an event or person in order to be able to draw general conclusions. The fact that the case study is heuristic means that it aims to improve understanding and create new meanings in order to broaden the reader’s understanding. A case study is descriptive and ‘dense’, which means that it should describe as many variables as possible and the interaction between them without interpreting. Knowledge from case studies is thus concrete and practical instead of abstract and theoretical. A case study is inductive in that it is based on inductive reasoning based on the context that forms the framework for the investigation. Generalizations and hypotheses are thus based on the information that the researcher has access to in the given context (Merriam, 1988).

The special educator is involved to help Calle. She follows Calle for a couple of school days in order to create a relationship and at the same time observe situations that are becoming critical for Calle. On these occasions, the teacher’s perceptions are endorsed. Calle has a good theoretical idea of ​​how he should contact peers for play but does not have the ability to put the knowledge into practice. He also finds it difficult to see his own part in conflicts and he often feels unfairly treated by both teachers’ and peers. At one of the observation occasions, the class is on a study visit at a large handball arena. Calle is happy this day. He jumps happily up and down on the chairs and runs tirelessly, back and forth, in the rows of chairs. He finds it difficult to sit still and concentrate on listening to the guide. When walking back to the school bus, some students start talking about what to do during the break. Calle notices this and jumps forward with lightning speed and tackles one of the boys so that he falls to the ground. Calle looks happy when doing this, although his friend gets both sad and angry and unfolds his leg so that Calle falls to the floor. The fight then follows.

Calle is in need of support in managing peer contacts. The special educator will develop concrete strategies for contact, in consultation with Calle, in order to help him develop relational skills in practice. This will be done in order to transfer Calle’s theoretical knowledge into practice.

In order to involve Calle in the preparation of strategies, the special educator asks Calle if he would like to help her create example sentences i.e. things that he could say when asking a friend for play. When Calle accepts this, she tells him that they are going to create a ‘playing with friends’ card’.

Calle talks about what he likes to do during breaks and together they formulate sentences in the app ‘Widgit go’ (app for communication support). In order for Calle to be better equipped to take a “no”, they also make a card with suggestions on what Calle can say / do if the friend turns him down; an ‘if the friend says no card’. As Calle has a weak decoding ability, the special educator encourages him to select suitable images for each sentence so that he will know what it says. Calle seems to find this task exciting and he chooses images carefully. The two cards, created in widget go, are then saved at Calles own iPhone so that he can bring the cards with him during breaks.

When returning to the classroom Calle’s teacher notes that Calle seemed happy for his cards as he shows them to both peers and other teachers. She also observes how Calle picks up his phone from his pocket and looks at it before approaching friends. During an evaluation opportunity a few weeks later, it was noted that the proportion of socially accepted contacts had increased markedly after Calle received his communication cards. Further, at an evaluation meeting two months later, the teacher described how Calle, after a few weeks, switched from picking up his phone and looking at it to just stroking his hand over his pocket.

Both educators and peers noted Calle’s joy and willingness to use his cards. The fact that Calle was given the opportunity to participate in the design of the card can be assumed to be a contributing factor to his increased motivation and desire to use it in practice. Transferring theoretical knowledge to practical knowledge           happens automatically. The ability to contact peers in a socially accepted way can thus be considered something that Calle was      not managing      on his own. When Calle started using his communication card, the number of times he contacted friends in a socially accepted way increased significantly. This can be interpreted as the cards on his phone became the linguistic artifact that mediated his learning from theoretical to practical knowledge. In other words, the card became a support that helped Calle expand his zone of proximal development. As the practical knowledge increased, the concrete visual image of the card became superfluous as it was enough for Calle to feel the phone in his pocket. This can be interpreted as Calle’s belief in himself and his abilities had increased. He knew what to say and it was no longer ‘black in the head’ since he was confident that the phone was in his pocket if he would need it.

The result should not be considered universal. However, the implementation, where Calle was given a lot of room to influence the design of the card, can be assumed to have had a positive effect on the result. However, what motivates students is highly individual, which means that the results cannot be generalized to be universal.

The result can be considered positive for the individual student where the communication card became the artifact that mediated the theoretical knowledge into practice. The fact that Calle himself handled the card can also be assumed to have increased his autonomy, which can be assumed to have a positive effect on his peer relations. 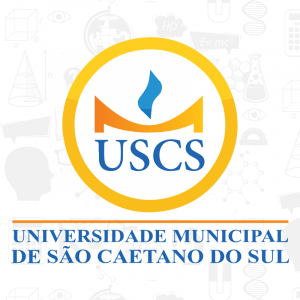